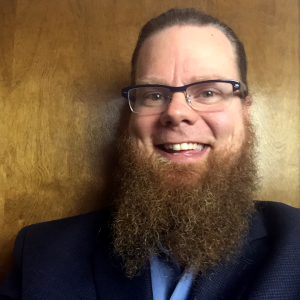 Trained and Certified in The 5 Mindfulness Trainings, and Mindfulness-Based Stress Reduction (MBSR). I'm a life-long learner, high-level visionary, business misfit, and 20+ year business owner. Love is my religion. Integrity and Enlightenment are my jam. I’m a music junkie. I love live music, punk rock, and vinyl records. I’m an outdoors enthusiast, like a good Captain-n-Coke, and I am a family man with a foul mouth. I've been doing personal development since 1999, studying & practicing meditation and Taoism since 2014, and studying & practicing Buddhism since 2018.

What is Meditation, and Who is it for?

When we think about meditation, we imagine Tibetan monks sitting cross-legged in absolute silence in a temple on top of a mountain. Blame it on pop culture if you must, but there is some accuracy in that depiction.

Meditation can be defined as an art, or better yet, a practice used to train the mind to focus, be more attentive, and more aware. The ultimate goal of meditation is to achieve a stable emotional state or mental clarity.

How does sitting down in absolute silence and clearing the mind create emotional and mental stability?

Well, believe it or not, the power of meditation is deeply rooted in science. Those monks didn’t just wander onto a mountain one day and decide to sit down in seemingly aimless silence.

Back then, meditation was considered a medium for liberation, salvation, and the acquisition of knowledge through a contemplative concentration. Even though these monks didn’t have the fancy technology we use to study brain waves, they felt the powerful effects of meditation and decided that it was a practice that was well-worth observing.

In fact, meditation was such a revered form of mental exercise back then that it became an integral part of several religions, including Buddhism, Taoism, and Hinduism.

It was a long time before we uncovered the scientific ‘why’s’ behind meditation, but even in prehistoric societies, having total control over your focus, awareness, and emotions was considered a holy attribute—one that was reserved for the most devout followers of the religion.

Today, we practice meditation for the same reasons, only with a little less dedication than the monks had/have. Reasons include stress reduction, seeking calm and peace, and living an overall more healthy life.

The benefits of meditation can be experienced by all, even those of us who prefer not to ditch our worldly possessions and relocate to a remote temple. Although, I’ve been tempted to take a trip to Nepal or similar regions to learn from the experts. Ha! Anyhow, according to science, the monks were right all along.

The Science of Meditation

Meditating for as little as ten minutes has been proven to decrease depression and anxiety. This study was carried out by Harvard Medical School researchers, who used MRI technology to monitor brain activity during meditation.

What they found out was groundbreaking. Meditation activates sections of the brain that are tasked with the autonomic nervous system (ANS). This part of the nervous system controls functions that we have no physical power over—automatic physiological processes like digestion and blood pressure.

If you’ve been paying attention to how stress affects you, your blood pressure and digestion are often the first to suffer. Therefore, when you meditate, your brain regulates these functions. It’s no wonder, then, that meditation is touted to remedy stress-related ailments like heart disease, digestive illness, and even infertility.

What Happens When You Meditate?

Let’s break down the processes that take place when you meditate. It all starts with something known as alpha waves.

They may sound pretty superhero-ey, but alpha waves are present in every healthy brain. What are they? These are merely relaxed brain waves. Whenever you’re feeling calm and relaxed but awake and aware, those are alpha waves in action.

Meditation induces a state of alpha relaxation, which improves the mind’s ability to learn and absorb new things. Interestingly, alpha waves are kind of biased—they only enhance the mind’s ability to absorb and adopt positive information. It’s no wonder most people say that meditation makes them happier, more confident, and more optimistic about the future.

So, Who Should Meditate?

Community photo by One Laptop per Child

Young or old. Male or female. Any race. Any religion. Anyone and everyone.

You don’t need to be a Tibetan monk. Meditation is for everyone that’s looking to improve mental focus and awareness. It is also a potent remedy for emotional distress.

You can do it anywhere and anytime. The benefits are always tremendous.

In my own experience, getting started by meditating for 10 minutes a day, for 30 days, actually delivered noticeable changes and an improved feeling of wellness.

Check out this 5 lesson mini-course that can offer quick and easy ways to get familiar with mindfulness practices in the comfort of your home. Once you sign up, you have instant access to the course and could be building your new habit within a few days. Invest in yourself and your happiness!
Sign Up Today!
Free

How important is it to find your purpose in life?

Six million years later, the miracle of life is still unfathomable. For me, having my two sons really opened my eyes to how

How are you dealing with insecurities caused by the pandemic?

How Are You Dealing with Covid-19 Insecurities? Saying the pandemic has had a felt impact around the world is perhaps the greatest

5 Reasons Why You Should Try Yoga

Let’s Talk About 5 Remarkable Benefits of Practicing Yoga Yoga is a practice old as time itself. In one form or another,